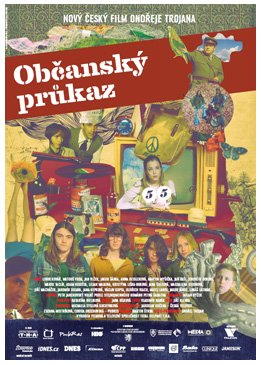 A bittersweet comedy about what life was like in the 1970s, when rock music and long hair were a way of rebelling against parents, mindless mass entertainment and boring Sunday afternoons, and also a way of rebelling against the communist regime, when having long hair or a torn identity card was enough to get you a beating at the hands of the police.

Identity Card directed by Ondřej Trojan and based on the novel by Petr Šabach, follows the lives of four boys – their friends, first loves and conflicts with their parents – from the age of 15, when they receive their state identity cards, to 18, when they try everything possible to get out of military service.

Petr, Aleš, Cinderella and Míťa are growing up in the 1970s, a time when leaving your identity card at home could get you into trouble and the prospect of compulsory military service was loathed and dreaded. In totalitarian Czechoslovakia they try, individually and collectively, to retain their perspective and sense of humour and avoid making too many compromises with the regime. Along the way there are many comic and absurd episodes, but also dramatic events with fatal consequences.

Identity Card is about that special time in life between childhood and adulthood, a time of revolt against conformity, parental ambitions and society, and about the quest for self-respect, which is just as true today as in the 1970s…